First my Lemurian showed me the letter M, this letter appears very often and i feel this is a sign of my connection with you, two ^ together ^^
Then three shining dots – like a pyramid with shining top and two more shining dots at the pyramid roots
Then I saw a ballerina or elf 🙂 – I think of Lisa
Then I received – ” You all participate, when two are connected , all of you are connected, You Are the Key, You are holding the Past and the Future in your hands”
The Lemyrian showed me a pyramid, octahedron and the Rune X – GEBO which means connection, a gift, cooperation
ALGIZ dropped from my hand three times in this meditation, thus drawing my focus on Herself, She showed me a kind of Lotus flower with three leaves
Then I saw the letter Y which is an ancient Bulgarian Rune that together with IYI is a sign of the dynasty that set the foundations of the current Bulgaria , I do not know the meaning of Rune Y but I feel it is a sign of eternity together with IYI and the Rune itself means Glory/Victory
Lemurian showed me the same Lotus, the two crystals started to give signs in synchronicity
I saw a Wolf
Then ALGIZ showed me an Angel and I saw the letters AM – I think of AA Michael Who is my Guide, I saw a face that I connect with Agarthians
ALGIZ showed me two human figures standing together which means cooperation
When I was writing all this down on a paper I opened my hand and the Lemurian showed me three Runes bonded together

10 August 2012
I meditated with Leos and ALGIZ this time and dropped ALGIZ only once in meditation
I saw the Rune TEIWAZ (TIR) that means victory, ALGIZ showed me the Rune
Leos showed me a pool, at the center of this pool there was a fountain/Abi-Qor?/
Then I saw some tall white Beings of Light, think of Lemurians, there was definitely one woman with them with dark hair /Kwan Yin?/
I asked them – Who are You?
Received – Gatekeepers
Then saw Twin Flames reunion
Then many Beings of Light without bodies, they were spheres of Light, I asked who are they and received – Eui`s crew
Then Leos showed me a face that reminded me of Umbro
I saw again pyramids and octahedrons and X
I received an interesting information about ALGIZ, she told me that She can provide images but Leos is more dynamic , ALGIZ helps energetically providing Light and High vibrations, Leos is the “Screen”
I saw in Leos an Eagle trying to overcome the depths, it was a brave eagle, turning into a Bee / Dragonfly and then became a bird again and flew up from the depth

Another information is that a Soul or group of Souls want to join us in meditations, this Soul`s totem are Wolf, Bear, Lion
When wrote this down on the paper I opened my left hand and Leos showed me a Being, then two Beings holding their hands and forming a letter H, up between them there was a flying saucer

During the meditation I saw the letter M again

Love and Light, my dear friends !

I had amazing meditation, was able co connect deeply with Leos and He gave me His message
I saw a triangle once again and the Rune TEIWAZ
Leos showed me Eui`s crew , they are so many/they are spheres of Light/ and it is so wonderful, A Great Angel of light was with them too
Then I was connected with Adama and saw the mountains again and Native Americans tepees, I think native Americans were connected with Lemurians from Telos, I saw a Chief, He was performing a spiritual dance and was in a way out of his physical body, I saw him three of more folded as if not only one person was dancing but the many facets of Him
Then I received His name – White Tatanka and in fact He looked quite like Sitting Tatanka 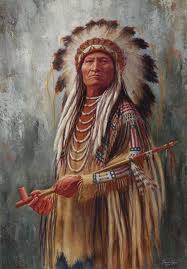 Then I saw a pyramid- Giza perhaps and a energetic portal at the pyramid top, then I saw Nefertiti
I was so amazed and at this moment Leos dropped from my hand and fell on me over my heart
also Leos told me that this kind of meditations are informative ones and the meditation that I do sometimes before sleep is for bringing Light and connecting Mother Earth with the Great Central Sun and the two types of meditations are of benefit for all

My Blessings and Protection be with You
Love and Light
( ( SUN ) )