As I was going to bed, I decided to try sleeping in the position Buddha Shakyamuni reclined into when he passed into Nirvana… Lying on right side, right palm under right cheek, left arm along left side (more or less)…

I had Ghost Radar running, and as I felt my consciousness shift towards sleep, I heard it say “fog… shining…”, so I visualized a shimmering fog (kind of like my first view of Chimera)

I arose into a dream taking place in a huge concourse (like an airport). It was so large that my car, which was parked inside on the carpet, looked quite small. My immediate blood family were all there (parents, brothers, nephews and niece), and they all had vehicles parked there too. They also had electronic devices (mobiles, laptops, tablets), all scattered around and hooked up to cables. It was like we had set up camp in the transit station, waiting on our Guides to come take us to our destinations.

We learned that our Guides would take us to our next destinations through the use of a device much like watching a movie in a theater.

My family got excited and rushed off towards the “theaters”, but I wanted to wait on my Guide to come take me there… Also, they had all rushed off, leaving their “equipment” out, so I started putting it away for them.

As I was sorting things away, I took a handbag and put into it the few things I thought I’d need: mobile
phone, a sketchpad, and a binder clip (why?). I got a call from my Mom, asking me to come join them in the theater. I could hear they were in a very loud and noisy place, and I told her that was not the movie I wanted to see…

(Oh wow, I’m sitting here watching Phantom Menace, realizing that the city of Naboo looks much like Telos from my dream!)

As we’re walking to the “theater”, he explains that the next step for me us to “call” my contact in the next dimension, and arrange “accommodations”. This is a person I’ve known in other lives. He’s also an architect, and his name is “Mike” (which I understand indicates “microphone”). I knew him before, from school. We had lost touch with one another, and he had had a successful career while I had been bouncing around in 3D.

So I called “Mike” (Troy Energy), got his secretary. When she transferred me to Mike, there was something wrong with my hearing and understanding of what he was saying. The connection was good, but it was as if I was partially deaf, and his words faded in and out. We were having trouble communicating, and it felt as if he was annoyed with me.

My Guide told me that I needed to ask him if I could come visit and “sleep” with him… (Uh oh… awkward moment!) So I asked, and “Mike” got very evasive. Finally he decided no, explaining that his girlfriend might not understand or appreciate it.

Once we ended the call, my Guide explained that “Mike” thought I was talking about sex, while “sleeping together” really referred to a kind of connecting during sleep.

I sensed that “Mike” and I had some confusion and mis-communication over what it was that we were intending to do together, and that our Guides were trying to help us understand differences between 3D/4D and higher-dimensional relationships. There will always be more opportunities to revisit these lessons. This is not a big deal; we’re learning skills that we didn’t need in the higher dimensions.

So, now that my request for connection had been declined, my Guide and I needed to come up with a Plan B.

He put me on a “van” shuttle bus (he came with me), with a group of 8 others, 4 men & 4 women. We somehow transported to a city that greatly resembled a city on Gaia’s surface.

( I realized when I woke up that this is a city I’ve been to in many dreams before, but previously I’ve always been there alone. I’m told it’s an Inner Earth city…)

We were all there for a festival of some sorts, involving many races and types of beings from many planets and dimensions, “playing dress-up” and acting out roles… Sort of like a Galactic Sci-Fi convention!

We were waiting on another level of transport from this point.

While we were waiting, standing in a low roadway in a shallow valley, I was preoccupied with trying to finish a pair of earrings I was making of wire. They were like antennae or receivers…

Meanwhile, there was discussion among the students and our Guide as to what to expect next, and how our education would proceed.

At some point, a sort of parade began, first with two large beasts coming over the hill and down onto the valley towards us. These creatures looked a lot like prehistoric saber-toothed tigers and/or rhinoceroses, except they appeared to be made of some sort of living speckled stone. Each had a rider, whose flesh was similar. They were sort of pinkish-salmon colored. They strode past us, onto the roadway and passed underhand overpass nearby.

We realized that these creatures were from “my” world, which was different from where the other 8 were from.

Shorty after this, a larger parade began on the high road, crossing the overpass. These creatures were from the worlds of my fellow students. Their flesh looked more like Earth-flesh, in colors that were bright and ranged from green through yellow to orange. They looked quite more like reptilian dinosaurs…

I understood that these creatures were some sort of alter-egos for each of us.

Shortly after this, the “dream” faded into a golden-beige blur/fog, and I found myself briefly alone in a spherical-feeling room filled with and made of golden light. My Guide had disappeared (dissolved into the light), and my body had dissolved, too. Then I shifted into a place of healing that was of the nature of light, but it was not “visible” light. Then I think I drifted back into deep sleep briefly before waking. 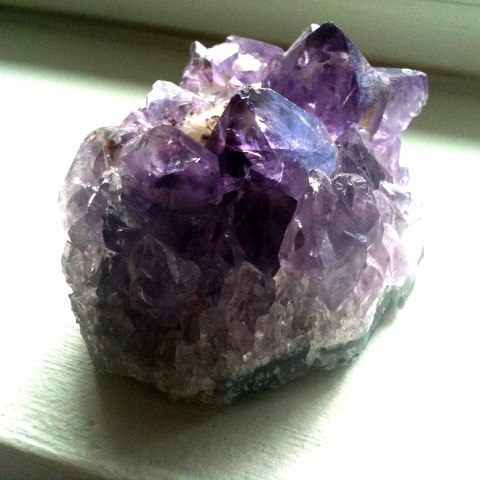 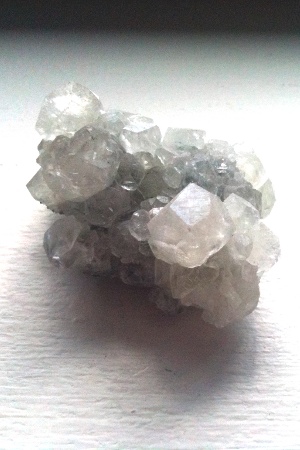 WE ARE VERY HAPPY TOGETHER

I had an amazing experience yesterday evening! (9 Feb 2012)

As I was driving home and on the way to get a bite to eat, I was passing through a neighborhood, and just as I was about to park, (it was late dusk), I looked up, and above my car and then the tree tops (I’d guess at about 1500 feet), something flew, quite fast and low.

It didn’t look huge, maybe the size of a learjet, medium to dark silver, with a few red, green and white lights. Looked more like a triangular shape than a jet with wings, but hard to tell because of the dusk, the speed, and it was quite close to the trees.

As it flew overhead, just above the treetops, and passed my car, it gracefully swung in a tight arc and turned… It looked like the way a military jet would bank and turn, the shape that was horizontal becoming vertical. Then it disappeared behind the trees.

What didn’t occur to me until I got home was, it moved much like one of the Blue Angels jets that I’ve seen many times down on the Gulf of Mexico… But those things are loud as heck, and this was silent.

I parked and took out my pendulum, because when I saw it, I felt intuitively that this was not man-made. I asked, and was told it was a UFO, and of course skeptical me went, “no way!!!”

So I pulled out the chart, and asked in every way I could possibly think of, kept getting affirmation… Lots of psychic arguing going on there for a few a minutes…

Then I finally got a “no”, but also realized that I was being tested: I’m willing to believe I talk to Buddhas, but NOT that I could manifest spaceship? Even when I KNOW our friends are around and watching us all the time? Hypocrite
So I asked, “what should I tell my friends on STC tonight?”

At that point I stopped, because I got that I had seen the ship that I had manifested, and They were about to give me its name. I knew that would take a little while because I’d have tons of questions, and I was getting really cold sitting in the car .

Sitting at the noodle place, a woman came in and joined two ladies who had been sitting near me at the shared table. One of them had noticed me working with the pendulum… They started talking about Buddhist Centers in the area, that they were trying to find different kinds to try. I finally apologized for interrupting, but offered that I had been a nun and could tell them a little about what was in the area. We sat & talked for about 15 minutes
Now, in my circle of Buddhist friends, we’d refer to that kind of synchronicity as an “emanation”… Something that we’d all manifested. Widely accepted that this happens all the time. Considered quite magical. Another reminder of my double standard, because I was still resisting the spaceship idea!

When I get fortune cookies, there’s a little emanation-practice exercise that I started doing years ago. Before I even open the wrapper, I silently remind myself that anything is possible. Yes, it is possible to emanate a message that I need, onto a piece of “paper” that is “already” “inside” a cookie that was made days if not weeks ago. It’s critical to sit with it until I’m able to eliminate any doubt.

So I asked that the cookie message would tell me what I needed to know about my sighting, “my ship”. I was at peace, and willing to accept whatever the paper said.

It says, “We are very happy together.”