Why, flesh and blood, as a matter of course!
You may talk of iron, and prate of force;
But, after all, and do what you can….
Man is in charge of the thundering train!

Man, in the shape of a modest chap
In fustian trousers and greasy cap;
A trifle stolid, and something gruff,
Yet, though unpolished, of sturdy stuff….

Only a Man, but away at his back,
In a dozen cars, on the steely track,
A hundred passengers place their trust
In this fellow of fustian, grease, and dust….

The hiss of steam-spurts athwart the dark.
Lull them to confident drowsiness. Hark!
What is that sound? ‘Tis the stertorous breath
Of a slumbering man—and it smacks of death!
Full sixteen hours of continuous toil
Midst the fume of sulphur, the reek of oil,
Have told their tale on the man’s tired brain,
And Death is in charge of the clattering train!

Those poppy-fingers his head incline
Lower, lower, in slumber’s trance;
The shadows fleet, and the gas-gleams dance
Faster, faster in mazy flight,
As the engine flashes across the night.
Mortal muscle and human nerve
Cheap to purchase, and stout to serve.
Strained too fiercely will faint and swerve.
Over-weighted, and underpaid,
This human tool of exploiting Trade,
Though tougher than leather, tenser than steel.
Fails at last, for his senses reel,
His nerves collapse, and, with sleep-sealed eyes,
Prone and helpless a log he lies!
A hundred hearts beat placidly on,
Unwitting they that their warder’s gone;
A hundred lips are babbling blithe,
Some seconds hence they in pain may writhe.
For the pace is hot, and the points are near,
And Sleep hath deadened the driver’s ear;
And signals flash through the night in vain.
Death is in charge of the clattering train!

Sharing some catch-up and thoughts about how the election and pandemic get along with being non-neurotypical.

Need a break? Life got you down? How about a few words to help you feel better about confusion?

It’s okay when nothing makes sense. Because “All Reasoning Is Futile.”

My story’s a bit extreme, but ‘typical’ seems a thing of the past now, so I’ll go out on a limb and share it.

I’ve seen myself as an architect for most of my life. But in 2010, out of work and deeply stressed, I began to experience psychic phenomena. With no frame of reference or mentorship, it was scary, and I was unprepared.

When I began ‘channeling’ — if that’s even what it was — I grasped desperately for explanations. Why was I spending my time this way? How could I ensure that these creations — the words I committed to paper, the images that flowed from my head and heart — weren’t merely random products of messed-up brain…

Fear and I have a dog-and-bone relationship.

I’ve got a bottomless basket of worry-bones for Fear to toss, and I obediently chase them down rabbit holes. I bet I’m not the only human with a stash of stinky buried bones to supplement the common ones. It’s become a family tradition, and I get it. I used to believe in it.

Maybe it’s my Deep-South upbringing or my Autistic characteristics, but…

Coming out of my 2020 cocoon to share what’s been going on with me. Wishing everyone peace and happiness!

July 2020 will ring in my memory for a while. Not because of COVID-19, protests, elections, or wildfires. On July 7, a video chat announced that I’d lost my job.

The job-loss showed me how deeply Autism* and my concussions** had eaten into my ability to ‘play architecture’ in a traditional setting. The anxiety and PTSD, accumulated across four decades of laboring in a field I not-so-secretly despised, overwhelmed me. Exhaustion had eaten my free time; depression stalled my creativity. And I needed to learn why my body experienced crippling pain.

With decisions to make and resilience shredded, I froze. Gaming, Mexican food, ice cream, and whisky kept me distracted until I admitted it: I didn’t care whether I lived or died.

Since my early twenties (that’s 30-plus years), I’ve dealt with…

We try to confront one another
Face to face, as seen in a mirror
But inevitably we see things differently
On this plane our views will always conflict

The one view being the other’s complete opposite
Whatever is on my left is to your right
While if it is on my right it will be to your left
Impasse! Deadlock! Despair! You think?

Now here’s the thing … Try looking up
We both see the same heavens, the same light
Look down and we see we stand on the same ground
So let’s stand side by side, give ourselves a chance

Some of you may have heard of this case – seems like proof positive of the Galactic Lightship fleet to me! I hope the stills can be posted to a gallery at some point!

Deep night finds blossoming in dawn, where light
And shadow crystallise into a dream
Fit to enchant the dormant mind that might
Forever seek in vain to find a seam.

And is it with the day the mind begins,
Or is it that the mind begets the day
For light to rid the onion of its skins
And tinker with the clockwork in the clay?

Things change, things change beneath Eternity,
And when analysis shall have an end
What will remain? Beside a gallows-tree,
A victory banner floating on the wind.

I noticed this site has been inactive for a while, so how is everyone?

I know the pandemic is turning many people’s lives upside down and it’s important to take care of yourselves. The current political scene is also very draining, regardless of your beliefs, I’d think.

I was considering arranging a group astral travel or something of the sort, if any of you would like that.

The great solar flash idea that’s been cropping up a lot lately is interesting, though personally I don’t think it’ll be as climatic as many people hope and will be more of a smooth change, just like 2012 and 2000.

It’s definitely a powerful year with lots of chaotic energy for manifestation.

“We are the people who need to be light for one another.”

In times of deep darkness, we not only need light — we need to be light for one another. That’s a message we must take to heart as we find ourselves lost once again in the all-too-familiar darkness of America’s culture of violence. Who better to deliver that message than Mary Oliver, in a powerful poem that re-tells the story of the Buddha’s last words. Before he died, she tells us, “He looked into the faces of that frightened crowd” and said, “Make of yourself a light.”

We are the frightened crowd the Buddha looked into as he drew his last breath. We are the people who need to be light for one another.

If you are interested in this kind of conference, it is about sharing positive ,transformative information about the Mandela effect. There are artists, authors and visionaries dedicated to validating peoples’ experiences with the Mandela Effect.

You can go to there website to find out the schedule of that day: https://imec.world/

We love to see you there.

Let us pray for the seasick sailor
Stormswept, becalmed upon the sea
The hero’s bold venture doomed to failure
As Jonah also tried to flee

There are relatively few Crop Circles this year. How precious this one is. Staring at it, I cannot hold back my tears. It’s quite obvious what it look like or what it would necessarily remind of. If I can, this is what I can make sense of it…..It’s WE who are to TRANSFORM the toxic into HEALING, even COMFORTING, UPLIFTING……………via staring at it, labeling this FORM or TYPE as the very ELIXIR from the ON HIGH to help raise the collective empathy and the sense of responsibility. While we see this kind of form, there is not only no resent, neither fear, but appreciation and gratitude. It’s just like the how the MAGIC or ALCHEMY works, as turning the BULLETS into FLOWERS.

It’s a very very hard phase for the Humanity. May this video help us all get through this transit………….

NOW and HERE
Is the one and only
NOWHERE
Everywhere

Pure consciousness
Unsullied
TIME is reversed
For it is EMIT

Time to emit
Heaven’s light
As within, as without
Time to shine on

Heads bowed
Hands together
It is TIME NOW
Let us play

Since last year I have been changing my habits, almost no sugar, no medication against my chronic pains, and since two weeks ago I am not eating meat. It seems to heighten my spiritual journey and I feel now much more into my core (heart).

I woke up at 5am determined to write down my dream as I felt supercharged. Here is a dream I had during this night of the supermoon. Even though I jump a lot in the dream, it is still the same story but different locations and with different people. The dream fell continuous.

I was in Belgium with my family and we were making ourselves ready to go on a vacation to New York. (Everytime I dream of New York, I feel this special connection to it, a special feeling that makes me happy) The dream changes and we are driving in the van but… 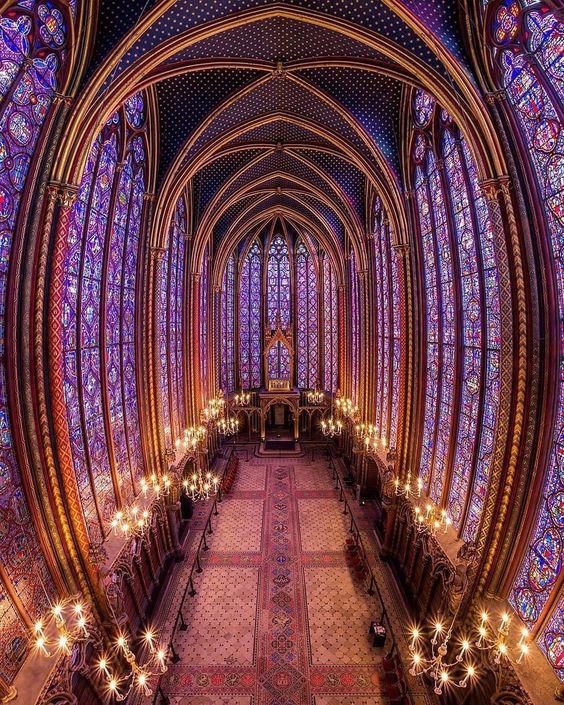 In May 2013, thanks to Troy and the Precious Sisters here, I finally found my WAY. Then some months later, Troy, being the very Key Role for me and my life, led me to that INITIATION somewhere which looks almost identical to the chapel in VIOLET AURA in this picture. That somewhere is Athabanthian. What I’m describing occurred in my meditation and in which I looked like a girl in the mid teenage.

The photos of this Sainte Chappelle has in fact been coming up to me for weeks. However, I have not been awakened to be able to make sense of it til a couple of hours ago. The other synchronicity here with Troy is a French film, La Famille Bélier (=Aries)…….

We all know how many precious ones in THIS FAMILY are the very ARIES, including Troy !!!!! I first heard about this film about one or two months ago and was rather amazed by the songs sung by the young protagonist. Then I almost forgot anything about it, but heard a song this evening and could not stop listening to it. As the video started from the interview of the young singer, and then the song RESOUNDS so, I could not help googling her. It turns out she is the very protagonist of that film.

SO many synchronicity and codes here in this thread at this very precious timing?!!!!! May this COINCIDENCE & SYNCHRONICITY trigger the WHEEL of the NEW GOOD =ALTRUISTIC timeline(s) for us.

How are you, dear Alan (Saucernut)? It’s such a long time that we don’t have any message from you, pls let us know how are you………….

PLS all take care of yourselves well, my beloved ones !!!!! 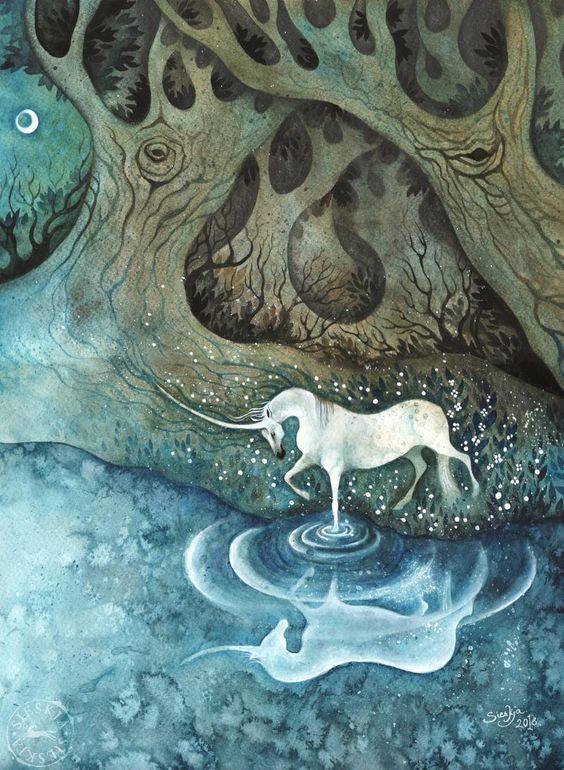 My dear ones, I cannot be desperate more for having to ask for OUR COLLECTIVE BLESSING to bring this STRENGTH and MIRACLES to our precious brother, LEN in Australia, who is infected by the virus for at least a whole week, SPRAYED ON PURPOSED via DRONE. This is no kidding and I cannot take at all this CABAL of darkness this way. He has gone to three ER for the medical treatment, however, this LIFE CRISIS could not be eased off at all. He is now in the brink……….