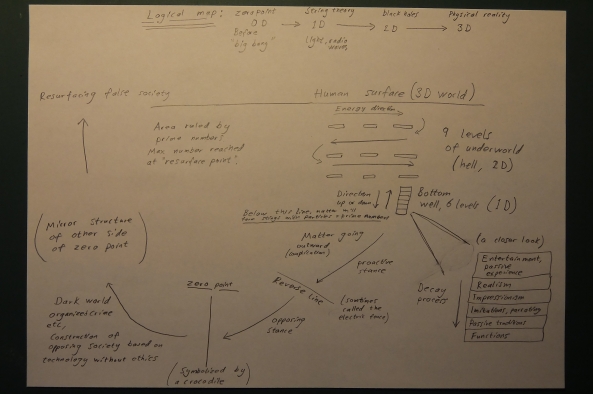 I made this sketch as a reply to dreamwalker444. Then I realized it is really more significant than just that discussion going on in the comment section. I will make this post here so more people can see this. Feel free to share this with anyone.

I used the simplest means possible so that it will be easy to get a quick understanding of what I’m trying to describe with this image. Most of you will already have an understanding of the dimensions and what this means (the context) so I will just give a more articulated comment on the top section, labeled “Logical map”.

There are actually some basic things here that modern science got completely right. But so far they failed to make the right connections. Remember where you first read this, science will be able to confirm these claims later on. 😉

This post may be referred to as a theory developed during meditation and observation.