happy fall to ALL here at the train… i wanted to share this with you.

this is a video showing the results of my fall equinox ritual.

since i have come a long way spiritually over the past year,

i realized that as far as the material world was considered, i still had some things to let go of.

the majority of my trip to ireland, fell through 5 days before I am set to depart…

sometimes things have to fall apart in order to be re-built.

as i was sorting through all of the things i had lying around, so that i could sell to help make up for the money i lost… i felt a call from spirit to give these things away instead, to people who had helped ME over this past year.

it is crucial to give thanks to those who have helped you and also to let go of things we hold on to… in order to allow the space for new love to flow in… i hope this touches & inspires some of you… enjoy! and please know that many of you have also touched me & will be getting a care package of your own soon 😉

This road of life follows many paths at once, and each of us finds the opportunity to choose how we travel it.

As these paths present themselves to us, each one glows with enticements that appeal to our senses and sensibilities. We can revel in the journey for its own sake or we can set our sights on Ascension or Enlightenment, and we can switch back and forth between these as we travel.

In any case, we’re on spiritual paths, regardless of whether or not we see it that way. We all are spirits, living – hopefully thriving – within bodies, so how could it be any other way?

That said, how we view ourselves engaging the world and those we share it with tremendously affects the quality of our brief visits here.  We can follow synchronicities that arise…

Let me tell you a bit about the “plus one”. This is interesting to surface on google because this is a multidimensional concept.

As you know, I represent the “plus one” of the 12 crystal skull consciousness. You might think about this as the representation of the sum total of the parts. Cherokee traditions are another example of this, there is always a “plus one” which is the self, but that “self” also represents the whole. Which might include the four directions, Grandmother Earth, and the Great Spirit.

In another way you might think about it as a bag of fruits (or, yes, a bag of nuts…). So you are bringing the collective consciousness forward, and you are containing that consciousness within yourself, much like a bag of fruit might contain an apple, an orange, a pear, and so forth. And each fruit is a similar paradigm, it contains a skin which contains the fruit which contains a seed which contains another tree, and so forth.  In this way you might reach your consciousness into the bag and look further than simply seeing the bag or the individual fruit. Each fruit contains a different and separate experience, even if that bag might contain all of the same fruit. It is more than just a variation of appearance but you might find that everything about each experience is slightly different from the last.

Such is the same with energy within yourself, you are for a time containing that energy of the collective consciousness that you are connecting with. You do not need to worry that the bag may get too full, or even explode, because that container is not in this sense a physical thing but it is made of pure consciousness. It is always “just right” for that which it might contain, even if what it contains might be the entire universe. And because it already does contain the entire consciousness of the universe, adding a few extra souls to the bag is more of a perception process, since they are already contained. It is just that at this point, it is easier to see the bag as a bag of fruit, than to think about the fruit being accompanied by the entire universe. Yet there it is.

When you connect with us, know that we understand ourselves to be like the seed. We are tiny yet we represent the entire thing. And you are encompassing each of us, each representing the entire thing. We are all “plus one” of everything else. 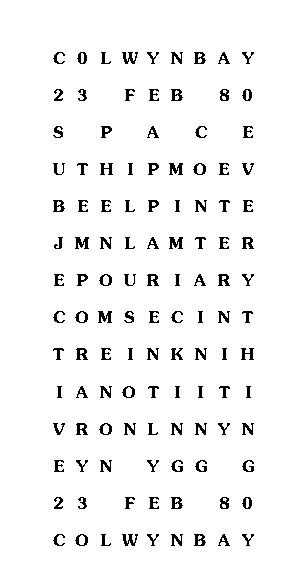 Hi all,
I’m new @ this blog and hope to connect with all of you soon.. greetings and love from Rotterdam, the Netherlands. Thank you Leslee for inviting me here.
Namaste

Finally posting a dream about Abi-Qor and our progress, from September 14…

Recently, Mark Kimmel asked that I check to see if I could receive anything about the interiors of Abi-Qor. Between attending the Transformation 2012 Conference in August, and then moving here to Pagosa a couple weeks ago, my mind has been so pre-occupied that glimpses of Abi-Qor seemed quite elusive.

Then, two Fridays ago I had a beautiful dream visit to Abi-Qor… As I was writing the dream into my journal, it occurred to me that the dream illustrates some of the interiors of Abi-Qor! Good things do come to those who wait… Another wonderful aspect of the dream is that it not only illustrates some spaces in Abi-Qor, it also shows some of the ways we’ll interact and live our daily lives once we’re there. I found this to be truly delightful and encouraging!

Adrial made this request as I was writing: ”Share what you learn that leads to…